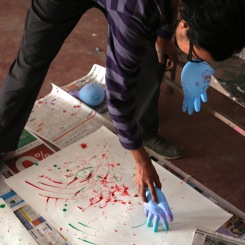 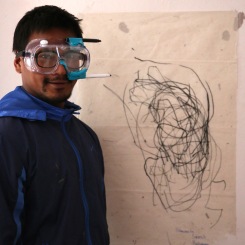 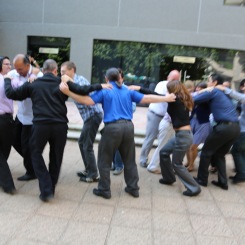 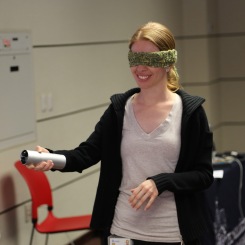 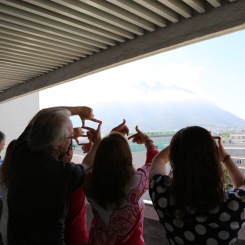 The political theorist, Hannah Arendt stated that we “define labor as the opposite of play.” However the predominant value of labor has evolved from physical activities embedded in a manufacturing economy to a form of indexical finance that is decoupled from the production and exchange of things. This digitally based “fiat” economy has fractured the definitions of labor and play that was articulated by Arendt. Today, all of our online activities, derived from both labor and play are now potential commodities as we engage with each other through a network of seemingly ubiquitous social media. Within this network we have created phantom personas that leave traces of private data that can be publicly bought, sold and exchanged with little or no physical labor.

Contemporary artists have engaged in these social, political and economic conditions by employing action as a tactic. These artist actions contribute to a real-life critique of the de-centered online economy and the ever growing “digital-body politic.” Arendt also states that “fundamentally finding the right words at the right moment, quite apart from the information or communication they may convey, is action.” Play is action and it has contributed to a restructuring and rethinking of education. Within the academy it is widely recognized that contemporary learning models need to move beyond twentieth century methods to remain relevant. We have come to realize the importance of play in developing creativity, innovation and critical thinking in this age of global exchange.

Consequently, international artists and collectives are now working towards a shared media space that combines performance, social practice and education. This shared space crosses physical boundaries and allows for a new performative learning that collapses traditional disciplines into a common shared experience of a diverse world. As Jacques Ranciere states: “It is not only a matter of going besides the disciplines but of breaking them. My problem has always been to escape the division between disciplines, because what interests me is the question of the distribution of territories.”

However the territory that Ranciere speaks about is an unstable geography. We inhabit this space tenuously, as players in an infinite game of becoming human, again and again. Here, the institutional canon, once considered reified is now in flux and decaying, producing what Ranciere describes as a state of “indiscipline.” This nascent space can be thought of as a hybrid of the public and private, a third space, that can lead to the reemergence of the body, new forms of citizenship and alternative economies. These artistic practices bridge the online and offline divide and can be used to support personal interactions where authorship is co-dependent and communication is horizontal.

Histories within these territories are precarious realities that need to be played out and performed since the narratives are written in real-time, globally distributed, but then quickly forgotten. Action can serve as a buffer to this new precarious reality—a performative practice that is physical, temporal and yet, invisible.

The project’s initial stages began with the idea of a workshop in the form of a curatorial project. I was interested in curating a group of artists and their artist assignments used in classes at CalArts. The workshop began by exploring play, labor, education, media and the idea of developing a cross-cultural dialogue through social activism. I began developing the workshop at the Shree Mangal Dvip School in Kathmandu, Nepal in 2006 and then at Kathmandu University’s Center for Art and Design in 2012.

During this time in Nepal I have worked with Shirley Blair, Director of the Shree Mangal Dvip School and faculty member, Pema Norbu along with Sujan Chitrakar, the Academic Program Coordinator of Kathmandu University’s Center for Art and Design. From CalArts I worked with musician and performer Robin Sukhadia and author and poet, Neelanjana Banerjee. These projects were funded with the help of Angela Absher, the Himalayan Children’s Fund and CalArts.

The current form of the Play:Active workshop centers on the work of Tyler Calkin and includes artist assignments by James Benning, Sara Roberts, Tom Jennings and myself. The Play:Active book was designed by David Karwan.